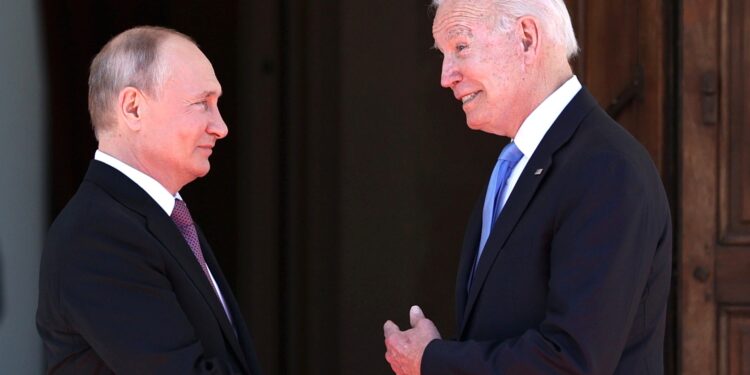 Biden has warned Putin that the US would take unprecedented action should the Russians invade Ukraine.

Putin’s must be quaking in his boots.

Biden is impressing no one, least of all Putin.

Russia’s recent troop build-up of 100,000 soldiers along the Ukraine Border and other troubling signs such as demands that Ukraine should not be allowed to join NATO have military analysts worried about a possible invasion into Ukraine. Russia has even started to evacuate its embassy in Ukraine – another worrisome sign.

President Biden in a recent press conference said that he expects Russia to invade Ukraine, taking many by surprise. He also said that Russia will pay a “serious and dear price” if it does so. However, he also said, “It’s one thing if it’s a minor incursion, and then we end up having to fight about what to do and not do etc.”

Later, the White House clarified Biden’s comments by saying that even a minor incursion would be treated as an invasion of Ukraine.